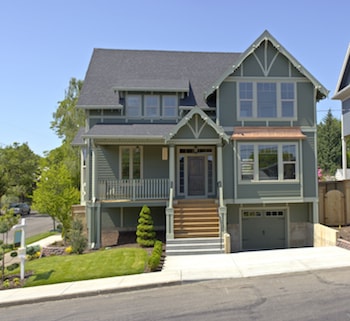 The Enumclaw Plateau, on which the city resides, was formed by a volcanic mudflow from Mount Rainier approximately 5,700 years ago.

The name Enumclaw is derived from a Salish Native American term that translates as "place of evil spirits", apparently referring to Enumclaw Mountain, located about 6 miles to the north, and referring either to some evil incident that occurred there or to the occasional powerful windstorms from the east that affect the region. Native American mythology tells the story of two Pacific Northwest Native American brothers – Enumclaw and Kapoonis – whose father turned them into thunder and lightning respectively. The City of Enumclaw says the name means "thundering noise".
Source From Wikipedia